In September 2017 the Government is bringing in the start of the 30 hours ‘free childcare’.

Whilst 15 hours is offered to all children the term after their third birthday, this extra 15 hours is intended to allow parents to get back into work and comes with a certain criteria.

It is available for families where both parents are working (or the sole parent is working in a lone-parent family) and each parent earns the equivalent of 16 hours a week at the national minimum or living wage and earns less than £100,000 a year. It will be available as long as the family continue to meet the criteria.

On the face of it, the idea is great. However, the ramifications behind the extra 15 hours funding are immense and will put childcare as a whole in a very dangerous position with many providers having to close their doors due to unsustainability. This is affecting childminders, pre-schools, day nurseries, nannies, EVERY area of the sector.

A facebook page called “Champagne Nurseries on Lemonade Funding” has been created, which tells the stories of many providers’ problems and keeps up to date on current issues. The admins of this page are working very hard behind the scenes to try to fix this Government made problem. What they have achieved since starting up one year ago is amazing. All providers owe the admins a great debt of gratitude and need to stay strong behind them.

So what exactly is the problem?

It mainly comes down to funding levels being too low. Many providers’ rates per hour are £6 plus, but the Government rates actually paid to providers will start at £3.65 being the lowest in some parts of the country to £6.40 the highest in other parts.

The majority of rates are approximately £4/hour. From this funding providers are not allowed to pay for meals, snack, nappies and other items, so this charge will have to be met by either the parent or the provider’s personal money.

The Government is saying that providers can ask parents for a ‘voluntary contribution’ for items, what they really mean is that parents are to be asked to make up for the underpayment by the government. The words ‘Free Funding’ may appear to be highly attractive but it does not quite meet the needs and is highly ambiguous.

The funding levels will not be sustainable for many and a lot of providers have already closed their doors for good. We are losing Ofsted – rated ‘Outstanding’ providers who have been in the business for over thirty years. This is because the Government has clearly not analysed the inherent problems involved, regarding their ‘free funding’ proposals and put together a workable project fit for purpose.

So for £4 /hour which is frozen now until 2020, what are providers expected to offer? High quality childcare and resources, highly trained staff, wages which rise each year, pensions, staff holiday pay, rent, business rates, food, consumables ie nappies etc, staff meetings, meetings with other professionals to support parents and families and business advertising amongst many other things.

Many highly qualified staff are earning the National Living Wage, which is £7.50/hour because the Government funding will not cover anything higher. Many providers are running their businesses voluntarily and having to manage on tax credits as the business will be unsustainable if they take a wage.

“The government is now going further than ever before, and will provide an additional 15 free hours to working parents of 3- and 4-year-olds from September 2017 – delivering on a key manifesto pledge.
As part of this government’s commitment to helping hardworking people, we will be investing more than £1 billion extra per year by 2019 to 2020 to fund the extension of the free childcare entitlement.
The Department for Education will also be piloting a new contract with councils, and consulting on a fairer funding formula for the early years, to help ensure that local authorities are passing the money on to providers, and that providers are given a fair rate.”

If the money is there to spend then let’s re-look at the funding levels and criteria, let’s bring in people who actually work on the ground floor of the childcare sector, to hear what will make settings sustainable.

Another main concern in some areas is that some school-based nurseries are offering parents a half term of free childcare before their child is eligible for the grant. They can do this because their ratios of adult to child are lower and they have no rental charges etc to pay.

So you may have a child who is perfectly happy, settled and content in a pre-school/day nursery, with an adult to child ratio of 1 to 8 or higher. The school nursery they will then move to is a ratio of 1 to 13 for a child ‘only’ just turned three. Many school nurseries will refuse children if not toilet trained so the child ‘may’ move back and be unsettled further.

I firmly believe that the adult to child ratio for children so young should be the same (1: 8) no matter what type of setting or trained staff are in place.

Going back to the subject of the 30 hours, many childcare settings are refusing to take the Government up on it due to it making them unsustainable. This means that parents will not have quite as much flexibility to use the 30 hours as they would like to.

Many childcare professionals are meeting up with MPs to discuss the funding level crisis.

I met up with John Pugh the MP for Southport on 7th April who listened carefully about the problems in the sector. John stated:

“The Government have designed a system that is supposed to benefit parents but puts pretty well every childcare provider and nursery in financial jeopardy. If only those directly involved on day to day basis had been properly consulted with, we could have avoided the common crisis. The Government can give all the entitlements they wish but if  no-one can make a living delivering them it’s a pointless exercise.”

I ask all providers and parents to join the facebook group “Champagne Nurseries on Lemonade Funding” and support each other locally. Meet your MP and local Councillors to make them realise the crisis we are facing.

SOMETHING has to be done to make all childcare providers sustainable.

This Government has to be made to realise the catastrophic mistake they have made. Let’s REALLY work together to save our essential childcare industry.

The current levels of funding by the Government make countless childcare facilities totally unsustainable. Their ill considered policy is basically an insult to thousands of hard working providers and urgently needs to be addressed.

Calling all parents:- Have you checked?

Claiming the 30 hours funding may affect any benefits you claim.
If you think this may affect you, please contact the tax credits office to make sure you know the full information before you secure any extra funding hours (30) for September. 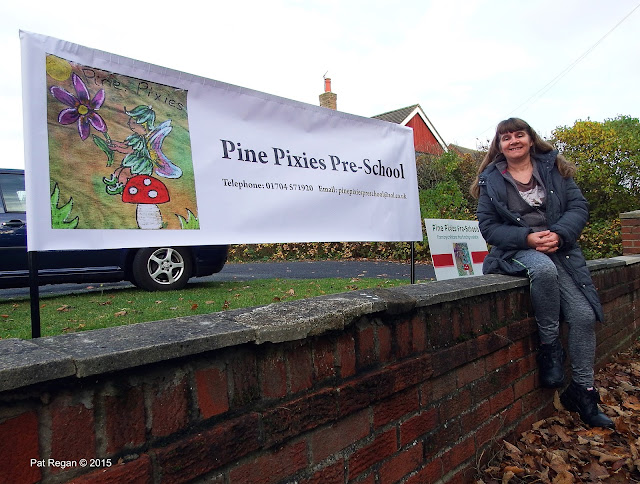 Submit News Contact us with your community, business or sport news. Phone 07581350321

Breaking local news as it happens, searchable archives with photographs, the ability to instantly comment on news articles – there are so many advantages to OTS (Onthespot) News.

If you want your news read locally online then send it to ots@otsnews.co.uk – relying only on the newspaper is to restrict yourself to an ever reducing audience.